The Goodness of Greens

The Goodness of Greens

Green foods are some of the most nutrient-dense, health-giving foods available. Chock full of amino acids, essential fatty acids, vitamins, minerals, fiber, and antioxidants, they can help anyone to achieve radiant health. In this newsletter we will look at several of the most popular and well-known of these emerald powerhouses.

Microalgae are single-cell or multicellular algae having existed for billions of years. They are among the oldest living organisms in the world. Microalgae grow worldwide in salt and fresh water and can be cultivated. Harnessing the sun’s energy since they have no roots or leaves, they produce a large amount of oxygen and nutrients. Two of the most important micro­algae families are spirulina and chlorella. 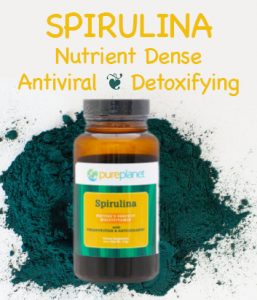 This multi-celled blue-green algae has been safely used as food for centuries. Spirulina grows in saline-rich water around the world in subtropical to tropical zones. The Aztecs in Mexico and the natives of Chad have harvested this algae from lakes where it grows naturally. The term “superfood” should have been coined to describe spirulina. It is easier to say which nutrients it does not contain: namely vitamin C. It contains complete protein, including all eight essential amino acids. Its protein content, by volume, is greater than soybeans or beef, often considered the benchmark for protein levels. It is a highly usable protein in terms of bio­availability to the body. It contains the entire B-complex, including the elusive vitamin B-12 which does not generally occur in plant-based foods. It is high in iron, calcium, and other minerals. It is extremely high in beta-carotene and also zeaxanthin, essential for vision support. It is the only whole-food source of valuable essential fatty acid GLA, elsewhere found only in seed oils such as hemp and borage. As far as novel compounds, spirulina contains a pigment called phycocyanin which has been shown to be a powerful antioxidant, anti-inflammatory, and immune system activator. Japanese studies on this compound revealed it to increase interferon production and NK cytotoxicity (cancer-killing cells).
Other studies showed pronounced antiviral activity, including inhibiting herpes simplex virus and human cytomegalovirus. After the Chernobyl nuclear accident in 1986, spirulina was given to children suffering from high radiation levels and was shown to effectively remove radiation from their urine. Other Russian studies involving rats exposed to x-rays showed phycocyanin to correct radiation levels. Spirulina has been safely used as an appetite suppressant. It contains good levels of the amino acids tyrosine and phenylalanine which can suppress hunger. Last but not least, it is high in detoxifying chlorophyll.
Evergreen carries spirulina from several companies. From our own Evergreen label comes a certified organic spirulina, available in powder form or convenient tablets. Pure Planet offers a powder as well as vegan capsules. 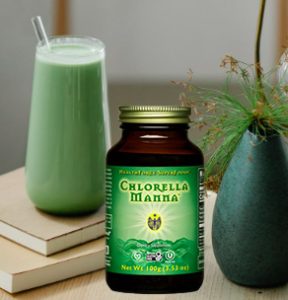 Often lumped in with spirulina, chlorella is a superstar in its own right. Unlike spirulina, it is a one-celled organism, a fresh-water green algae. Its name comes from its high content of chlorophyll, the highest of any plant. It is about 2% by weight, ten times the amount found in alfalfa. Famed for detoxifying the bloodstream and liver and cleansing the bowel, chlorophyll also resembles the hemoglobin portion of the blood and may assist in the development of oxygen-carrying red blood cells. Chlorella is over 50% protein and contains an impressive array of nutrients. It is extremely high in beta-carotene and contains the full B-complex. Minerals include phosphorus, potassium, magnesium, sulphur, iron, calcium, manganese, copper, zinc, and cobalt. Such high nutrient content enables it to be of use in third world nations for malnourished/starving masses.

Numerous clinical studies have proven chlorella’s ability to detoxify and assist with removal of heavy metals. The clinical usefulness to detoxify cadmium was shown by a scientific study demonstrating increased urinary excretion of cadmium in persons suffering from cadmium poisoning. The chlorella binds strongly to cadmium and will not give it up to the body. Another study used a brewer’s yeast culture which was poisoned and killed with the addition of P.C.B., mercury, copper, and cadmium. When chlorella extract was added to these toxic substances, the brewer’s yeast remained alive. Other studies showed that chlorella cell walls absorb and hang onto uranium and lead, facilitating their removal from the body. This unique property of picking up toxic substances from the environment (the body) and holding onto them has powerful applications for heavy metal overload/poisoning. 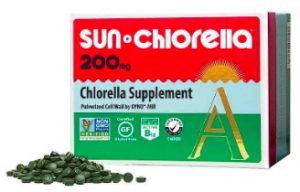 Chorella is an exceedingly rich source of nucleic acids. It is approximately 10% RNA and 3% DNA. Some scientists consider these nucleic acids to be “long life factors.” These compounds revitalize at the cellular level, involved in cell function, and as the body ages production of them slows down. They provide the basic building “material” for the immune system, tissue repair, the production of enzymes, and more. Extracts of chlorella provide an especially interesting compound rich in these nucleic acids called chlorella growth factor, or CGF for short. In trials with mice, CGF extended lifespan by 30%. 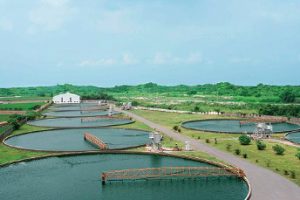 Chlorella (and CGF) have been found to possess marked antiviral activity in multiple studies. It induces interferon levels, stimulating immune macrophage activity. As well, doctors have found chlorella to activate both T and B immune cells. 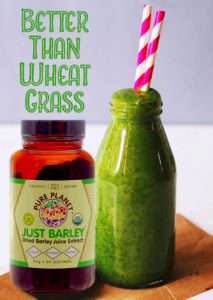 Barley grass flies under the radar and deserves more attention. Everything wheat grass does, barley grass can do and more. High in detoxifying/blood-building/alkalizing chlorophyll, barley grass also contains vitamin C, calcium, magnesium, iron, and other minerals. Barley grass is rich in easily-absorbable protein, and is one of the richest sources of powerful antioxidant enzyme superoxide dismutase. This enzyme is highly anti-inflammatory, particularly benefiting osteoarthritis, in addition to neutralizing the strongest free radicals in their assault on body tissues. Barley grass antioxidant enzymes also help protect against UV and other radiation. Other antioxidants present are beta-carotene and alpha-tocopherol succinate, a form of vitamin E. Laboratory tests have shown that this special form seems to inhibit several types of cancer. Barley grass has been shown to be anti-ulcer, anti-inflammatory, and to lower blood sugar levels. James Balch, co-author of best-selling book Prescription for Nutritional Healing has said, “The variety of vitamins and minerals found in barley juice is unmatched by any other single fruit or vegetable.”
Evergreen carries two certified organic barley grass juice powders, one from Pure Planet and the other from HealthForce. These products have had the cellulose removed through juicing to enhance absorption and increase nutrient bioavailability. Since barley grass is taken from the grass shoot portion of the plant before the grain forms, it does not contain gluten. However, celiacs may want to use caution here, regardless.