Herbs are the world’s oldest form of medicine. They can aid, protect, and strengthen the human body in countless ways. Rather than merely symptomatic relief, phytochemicals and other compounds present give the body tools to fully heal. Protection from external microbes is also afforded by various herbal constituents. Some herbs assist with the body’s own immune system to balance/bolster immunity, while some are directly anti-microbial. Some superstars manage both: potent herbal medicine at its finest. In this season of influenza and other viruses, many herbs can support bodily protection from these tiny malicious invaders. We will look at some of these very specific wellness allies: antiviral herbs. These are herbs which act as either narrow-spectrum or broad-spectrum antivirals, not working through the immune system, but rather interfering with the virus directly. We will concentrate on herbs which have an affinity for respiratory tract viruses such as coronaviruses.* 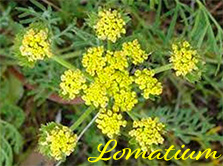 This herb first came to attention during the Spanish influenza epidemic of 1918-1919. More than 670,000 people in America died from this strain of flu. Lomatium grows profusely in the American west and northwest, and the native peoples there used it as a sort of panacea. The Washoe tribe in Nevada used the plant to treat members of the tribe who had fallen sick during the epidemic. There was not a single death in that tribe from influenza or its complications, although numerous natives died in other parts of the state where the root did not grow.

After that, lomatium began to be used by physicians with astonishing success treating even the most virulent types of flu. It is a powerful tonic to the respiratory mucous membranes. It is equally a bronchial protectant, expectorant and antiseptic, cleansing the lungs. In recent times it has been used to successfully treat upper respiratory viral infections, all influenza strains, SARS (a coronavirus), and pneumonia. Renowned herbalist Stephen Harrod Buhner, in his book Herbal Antivirals: Natural Remedies for Emerging & Resistant Viral Infections, recommends it specifically for emerging flu strains, and professes that there is nothing better for serious, debilitating flu, swine flu, avian flu, or severe pneumonia. It is a systemic antiviral, especially for upper respiratory viral infections. He recommends it combined with other herbs such as licorice (antiviral) and pleurisy (a lung tonic). Its antiviral properties have been shown to benefit Epstein-Barr, hepatitis and HIV, in addition to the respiratory viruses. 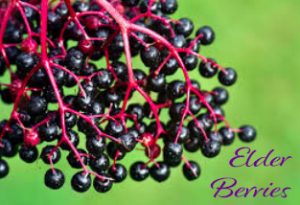 Sambucus niger,  the most commonly used medicinal species of elder, grows all over the world, and the parts used medicinally are, generally, the fruit and flower, although other parts of the plant have been used as well. The berries have shown good activity against influenza and other enveloped viruses, especially respiratory. Elder inhibits viral replication, binds viruses, inhibiting them from infecting host cells, and is directly virucidal (kills viruses). Elder also is anti-inflammatory and diaphoretic (induces sweating). As well, some compounds act to stimulate specific immune response. The flavonoids in elder are highly active against influenza viruses, but its other compounds have been shown to be active against a broad range of viruses, including herpes simplex, Epstein-Barr, hepatitis B and C, rhinoviruses, dengue, and SARS and other coronaviruses. 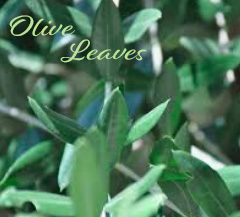 Olive leaf extract, (and its attendant compounds, namely oleuropein), has shown pronounced antimicrobial activity. It is both antiviral and virucidal. It has been tested on and shown to have activity against influenza A and B, polio, parainfluenza 1 and 2, and herpes. Olive leaf extract’s oleuropein appears to interfere with viral infection by directly inactivating the virus or by preventing the virus shedding, budding or assembly at the cell membrane. It can penetrate infected host cells and irreversibly inhibit viral replication. In addition, it directly stimulates phagocytosis (the “Pac-Man” activity of immune cells to fight invading pathogens). In essence, it selectively blocks an entire virus-specific system in the infected host, making it a true antiviral compound. 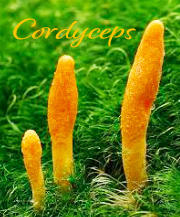 Technically not an herb, the mushroom cordyceps (Cordyceps sinensis) is not highly antiviral, but it is nonetheless included in this list due to its profound support of both the respiratory and immune systems. As an antiviral, it has been shown to be active against influenza (H1N1), herpes simplex, and hepatitis B. Cordyceps down-regulates certain inflammatory cytokines and up-regulates others that are specific for controlling overactive inflammation responses in the body. It is an effective immune system modulator as well, reducing or enhancing immune activity where required.

Cordyceps is a powerful lung and overall respiratory tonic (protector), assisting with multiple facets of lung function. Extracts have been shown to relax bronchial passages, loosening bronchoalveolar fluids allowing for a productive cough. It also allows for discharge of excess fluids (mucus) from the lungs and windpipe, an action highly desirable in the more severe respiratory viral infections such as coronaviruses which can cause massive inflammation and destruction in the respiratory passages and lungs. Compounds in cordyceps facilitate respiration and strongly reduce lung inflammation. It is suggested for asthma and more serious lung conditions. It has been used with great success in the treatment of COPD and bronchitis. In respiratory viral infections, this mushroom’s benefit cannot be overstated.

The above herbs can be found singly and in formulas at Evergreen Nutrition. There are generally liquid and capsule options available. At Evergreen we would like to offer optimal options for healthy living to our customers at all times, not just during seasons of illness.

*The FDA states that there is no treatment or cure for COVID-19 from drugs, homeopathy or any other modality.